We have formulated and investigated a novel problem called Mutual Localization with Anonymous Position Measures. This is an extension of Mutual Localization with Position Measures, with the additional assumption that the identities of the measured robots are not known. For certain configurations of the multi-robot system, the anonymity hypothesis causes a combinatorial ambiguity in the inversion of the measure equation, resulting in the existence of multiple solutions.

In [1],[2] we have developed a two-phase filter for solving the localization problem. The first phase uses MultiReg, an innovative algorithm aimed at obtaining sets of geometrically feasible relative pose hypotheses. Then, its output is processed by a data associator and a multiple EKF to rate and select the best hypothesis. We have studied the performance of the developed localization system using both simulations and real experiments. 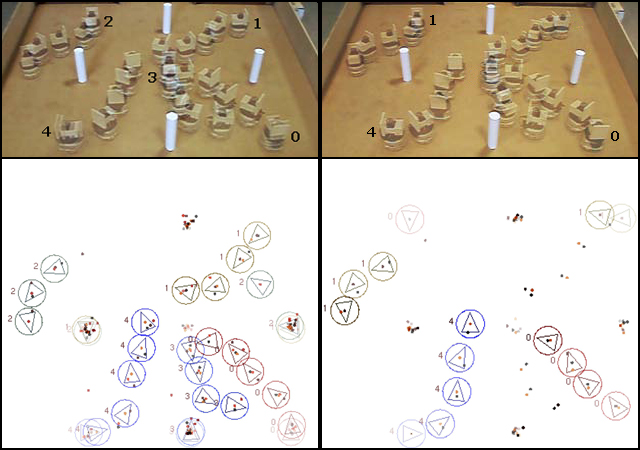 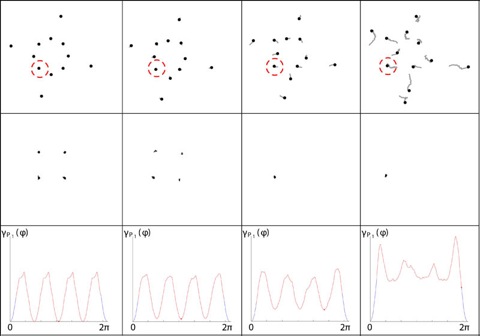 In [4],[5] we have modified our localization system in a probabilistic sense, first by using particle filters (rather than EKFs) to compute the current belief on the robots' relative poses, and then by modifying MultiReg so that is can use this information as a feedback. This has several advantages, mainly (i) particle filters are intrinsically multi-modal and therefore do not require the use of heuristics for data association (ii) the new framework allows MultiReg to focus on solutions that are most likely according to the current belief, filtering out the effects of rotational symmetries that may arise in the system and avoiding the associated complexity increase. In practice, this results in a drastic reduction of the execution time whenever the task requires a rotational symmetric robot deployment (e.g., encirclement, escorting, etc). The proposed method is experimentally validated.

The method has been extended to the case where only bearing measurements are available (e.g., in the case the robots are equipped with a monocular camera) for the 2D [6] and 3D case [7][8][9]. 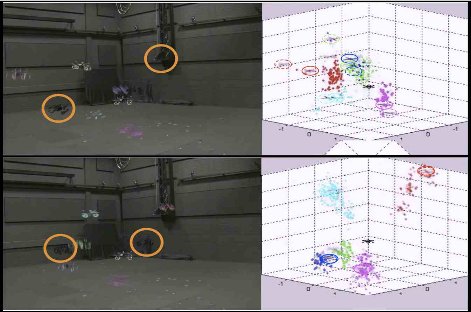 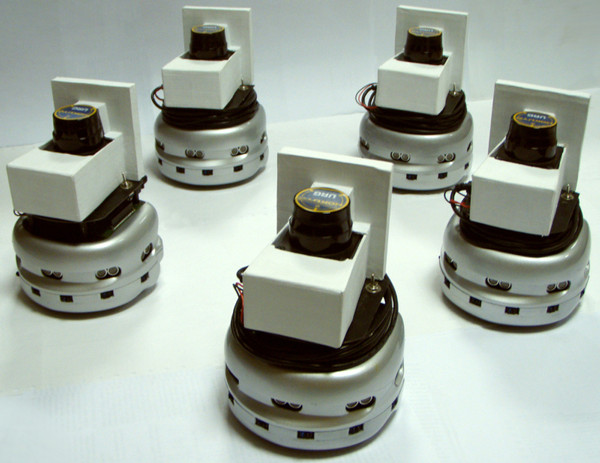