Consider the problem of localizing and encircling a target using a multi-robot system. This kind of task is interesting in view of the large number of potential applications, among which we mention observation (retrieve and merge data about an object from different viewpoints), escorting (protect a member of the system from unfriendly agents) and entrapment (prevent the motion of an alien object). In [1] we present a control scheme for achieving multi-robot encirclement in a distributed way, i.e., with each robot using only local information gathered by on-board relative-position sensors. In particular, these are assumed to be noisy, anisotropic, and unable to detect the identity of the measured object. Communication between the robots is provided by limited-range transceivers. Experimental results with stationary and moving targets support the theoretical analysis. 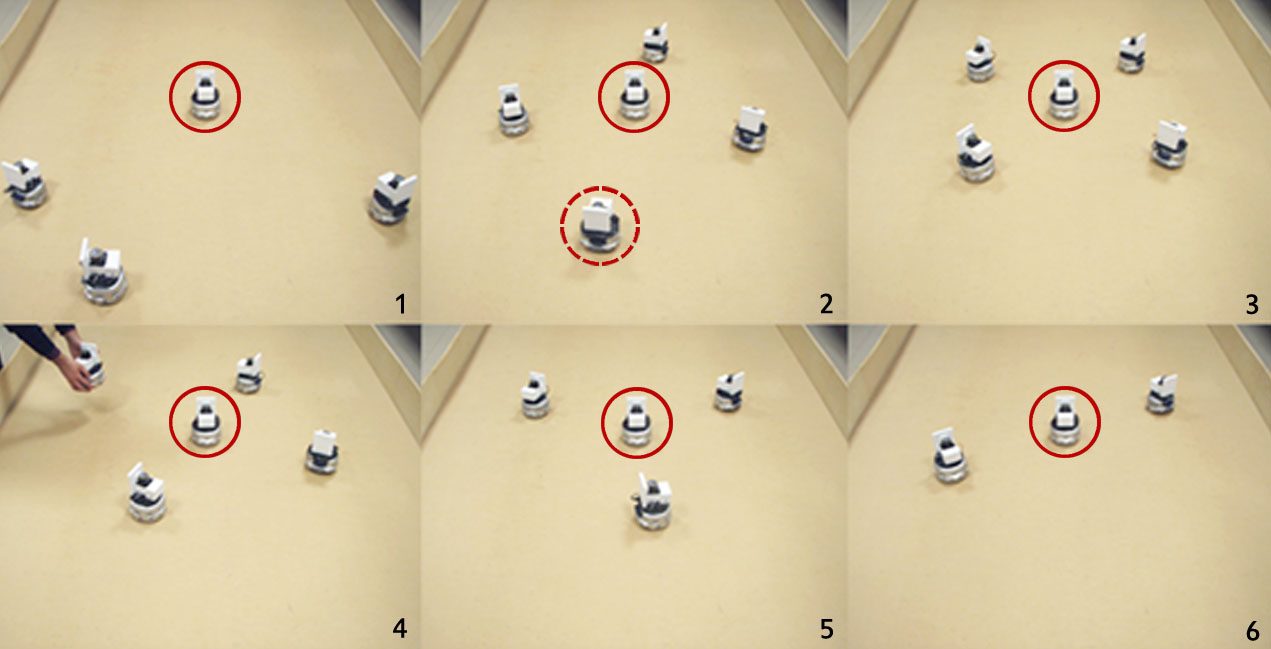 To localize both the target and the other robots, a decentralized mutual localization module runs on each robot. This module, whose design is based on our previous work [2],[3], overcomes the limitations of our sensors. See the mutual localization page for more details. 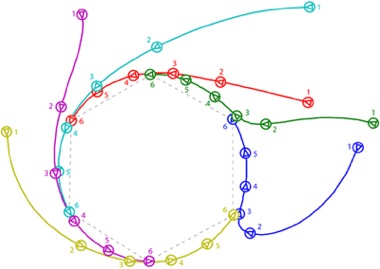